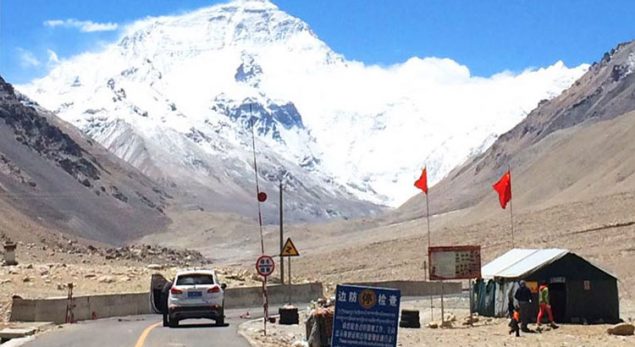 On arrival in Lhasa airport, you will be met by your guide and transported to your hotel. You can spend the afternoon wandering around the Barkhor, Tibet’s ancient market area that surrounds Jokhang Temple. Each day thousands of Buddhist pilgrims make their way around this sacred temple.

You will explore the Jokhang, the holiest Buddhist temple in the Himalaya’s. Founded nearly 1400 years ago, Jokhang Temple houses the most sacred statue of Buddha. You will work your way through this fascinating temple alongside Buddhist pilgrims from the faraway regions of Tibet. The sound of pilgrims chanting mantras fills the air as does the smell of yak butter candle offerings. In the afternoon, you will go to the 600 year old Sera, one of Tibet’s largest Buddhist monasteries. Each weekday afternoon starting at 3pm, monks engage in Buddhist philosophy debates, which are fun to photograph.

You will start the day by exploring the Potala Palace, Tibet’s most iconic building. Towering above Lhasa with more than 1000 rooms, the Potala Palace served as the winter residence of the Dalai Lama’s for hundreds of years. After lunch, you will go to Drepung, another of Tibet’s huge monastic complexes. The pilgrimage circuit around Drepung takes about an hour or so and offers spectacular views.

After breakfast, you will hit the road and begin the next part of your Tibet adventure. From Lhasa, you will drive along the scenic Kyi Chu River Valley and then ascend to the top of the 4794 meter Kamba La Pass, which has a breathtaking view of Yamdrok Lake and 7191 meter Mt. Nojin Kangtsang. You will then descend and drive along the lakeshore before making your way back up to the Karo La, a beautiful glacier that comes down almost to the roadside. In the late afternoon, you will arrive in Gyantse.

You will begin by exploring Pelkhor Chode Monastery and the Kumbum Stupa, the largest Buddhist pagoda in Tibet. This beautiful monastery lies within a walled complex in the Gyantse Old Town. A short hike to the top of the wall offers an excellent panoramic view of the monastery, town and the snow-covered mountains in the distance. Afterwards, you will make the short drive to Shigatse, Tibet’s second largest city. Along the way from Gyantse to Shigatse, you can stop at a couple of interesting farming villages to experience traditional Tibetan culture. In Shigatse, you will visit the huge monastery of Tashi Lhunpo. The excellent pilgrimage route around the monastery takes about an hour and has fantastic views.

In the morning you will begin driving up the 5198 meter high Geu La Pass. On clear days, this pass offers a stunning panoramic view of the Himalaya’s. You can see four 8000 meter peaks from this pass including Cho Oyu, Makalu, Lhotse and Everest. You will continue on to Rongphu, the highest monastery in the world at just under 5000 meters. Rongphu has an unbelievable view of Everest! You will stay at a basic guesthouse with an excellent view of the mountain. NOTE: You will not be able to go beyond Rongphu Monastery without a climbing permit for Mt Everest. The view of Everest from Rongphu is amazing!

After watching the sun rise on Mt. Everest, you will begin the journey back to Shigatse. You will stop at some farming villages as well as the small farming town of Lhatse. You will arrive in Shigatse with enough time to explore the main market street there or to hike the pilgrimage path at Tashi Lhunpo Monastery again.

Your last full day in Tibet will take you back to Lhasa along the beautiful Yarlung River Valley. You will arrive in Lhasa in the afternoon with time to explore Barkhor Square, rub shoulders with Tibetan Buddhist pilgrims and walk around the mighty Potala Palace one last time.

You will be transferred to the airport or train station to depart Tibet for your next destination.