Mount Kailash is said to be the mythical Mount Meru, the center of the universe. Mount Kailash is publicly regarded as the sacred mountain by four religions: Buddhism, Hinduism, Jainism and Bon. It is a peak in the Kailash Range near the source of some of the longest rivers in Asia, such as Brahmaputra River, Ganges River, Indus River, etc.

The lofty Mount Kailash with an olive-like cloudy summit rushing into the very heavens, features a famous giant symbol in the southern side – a Buddhist grid shaped by vertical huge ice tank and horizontal rock formation which indicates the spiritual power and perpetuation in Buddhism. Mount Kailash is topped with snow all the year round with a dynamic scene in the sunshine. It is considered to be a lucky thing to catch a glimpse of the peak which is frequently covered by cloud.

Every year, thousands of pilgrims visit to walk around the mountain. Mount Kailash can also be visited by trekkers as part of a broader tour of Tibet or on a dedicated trip. Pilgrims of several religions believe that circumambulating Mount Kailash on foot is a holy ritual that will bring good fortune. The pilgrimage is made in a clockwise direction by Hindus and Buddhists. Followers of the Jain and Bonpo religions circumambulate the mountain in a counterclockwise direction. The path around Mount Kailash is 52 km long. You can follow the pilgrims to experience this holy ritual and learn about how significant Mount Kailash is to Tibetan.

Most international visitors travel to Kailash on a guided tour, which can be either private or with a group, and include transportation. The access point to Mount Kailash is the village of Darchen, about three days’ drive from Lhasa. Alternatively, Kailash can be accessed via Nepal.However, the border can close without notice, and Nepali roads are in poor condition. April to mid-October is the best time to visit Mount Kailash, as the weather is warmest. However, it’s still cold at the high altitude. In April and October, expect snow and ice on parts of the trail. In July, August, and early September, rain is likely.

Adventure Trekking Tour, a Kathmandu Nepal based Kailash Tour Operator offers a wide range of Mount Kailash Packages via Kathmandu and Lhasa combining with Everest Base Camp, Mansarovar Lake and Guge Kingdom at cheap price. Our Kailash Packages rages from 10 days to 21 days. 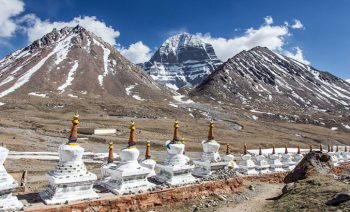 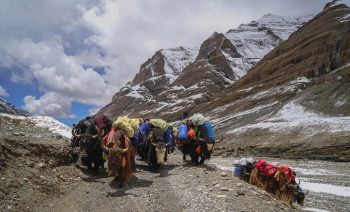