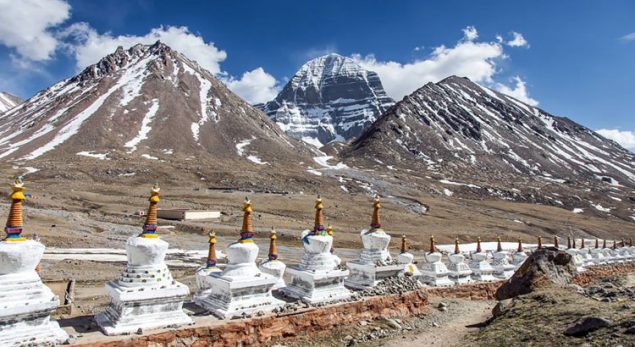 Upon arrival to Lhasa, you will be met by your guide and transported to your hotel. You can spend the afternoon wandering around the Barkhor, Tibet’s ancient market area that surrounds Jokhang Temple. Each day thousands of Buddhist pilgrims make their way around this sacred temple.

You will explore the Jokhang, the holiest Buddhist temple in the Himalaya’s. Founded nearly 1400 years ago, Jokhang Temple houses the most sacred statue of Buddha. You will work your way through this fascinating temple alongside Buddhist pilgrims from the faraway regions of Tibet. The sound of pilgrims chanting mantras fills the air as does the smell of yak butter candle offerings. In the afternoon, you will go to 600 year old Sera Monastery, one of Tibet’s largest Buddhist monasteries. Each weekday afternoon starting at 3pm, monks engage in Buddhist philosophy debates, which are fun to photograph.

You will start the day by exploring the Potala Palace, Tibet’s most iconic building. Towering above Lhasa with more than 1000 rooms, the Potala Palace served as the winter residence of the Dalai Lama’s for hundreds of years. After lunch, you will go to Drepung, another of Tibet’s huge monastic complexes. The pilgrimage circuit around Drepung takes about an hour and offers spectacular views.

In the early morning you will depart Lhasa and drive to Yamdrok, one of Tibet’s most beautiful lakes. From the lake, you can see the 7191 meter peak of Nojin Kangtsang in the distance. You will then travel along the lake shore and drive up to the amazing Karo La Glacier before arriving in the town of Gyantse.

This day you will continue traveling west to the small town of Shelkar. Along the way you will cross over the Gyatso La Pass, which rises to over 5200 meters in elevation. The pass offers a nice view of the surrounding Himalaya Mountains.

On the morning, you will cross over the Geu La Pass from Shelkar, which gives a sweeping view of the Himalaya Range, where you can see 4 of the world’s 14 highest peaks, including Everest. You will continue through small villages until you reach Rongphu, the world’s highest monastery at 5000 meters in elevation. Rongphu offers a fantastic view of Everest. You will stay at a simple guesthouse nearby the monastery of Rongphu. NOTE: Without a climbing permit for Everest, you will not be able to go beyond Rongphu Monastery.

From Mt. Everest, the next destination is the stunning alpine lake of Peiku Tso. While driving to the lake, there are terrific views of 7000+ meter Himalayan peaks and the possibility of seeing wildlife. After visiting the lake, you will drive to the town of Saga.

The ninth day of this journey will take you across the wilderness of western Tibet to the shores of the holy lake of Manasarovar. The lake offers spectacular views of the surrounding Himalayas.

The first day of our trek will take us 20 kilometers from Darchen around Mt. Kailash to Dira Puk Monastery. You will follow this ancient pilgrimage route with Tibetan Buddhist and Indian Hindu pilgrims. You will stay in a small guesthouse near the monastery. The elevation of Dira Puk Monastery is 5080 meters.

The second day of our trek around Kailash will take us up and over the Dolma La Pass, the highest pass on the circuit at 5630 meters. Excellent mountain and glacier views will follow you for most of the day. From the Dolma La Pass, you will descend to Zutul Puk Monastery, elevation 4820 meters. The total trekking distance this day is 18 kilometers

The third and final day of our trek will cover 14 kilometers from Zutul Puk Monastery back to the town of Darchen.

After breakfast, you will set out for the far western region of Zanda. Along the way, you will see many big Himalaya peaks, amazing canyons and stay at the edge of the ancient Kingdom of Guge.

This day you will spend exploring Tsaparang, the main section of the Guge Kingdom. You will hike all through these ancient ruins, which are still well preserved.

In the morning, you will begin the journey back to Lhasa. This night you will stay another night in the small town of Darchen, which has the only hotel option in the region

After breakfast, you will begin the journey back to Lhasa. From Darchen, you will head east to the town of Saga thru the wilderness of Western Tibet. The Himalaya Mountains will follow you on the right side for much of this drive.

You will continue driving back to Lhasa while stopping at Shigatse for the night. Instead of returning to Lhasa, you can also take days 18 and 19 to go to the Nepal border and exit Tibet from there either via Gyirong or Tatopani.

The final full day of your Tibet journey will lead you back to the Tibetan capital of Lhasa. You will arrive in the mid afternoon with enough time to stroll the pilgrimage path around Jokhang Temple one last time.

You will be transferred to the airport or train station to depart Tibet for your next destination. It is noted that all of our travel routes are built with altitude acclimatization in mind to reduce the risks of altitude-related illness.