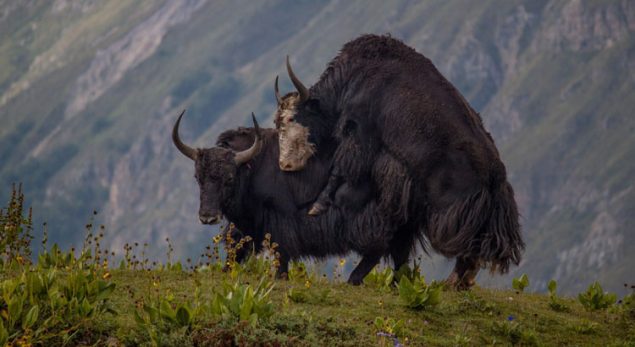 Kathmandu holidays  start from Kathmandu. First days ,you have free day and walk along the  busy street Thamel . And next day early morning drive toward Dhulikhel one of the famous place for view the stunning himalayas and Sunrise.Then forwad to historical monuments sightseeing tour around Bhaktapur city and Kathmandu valley such as Pasupatinath, Bouddhanath, Monkey temple. And also include package trip for Mt. Everest mountain flight tour or Nepal mountain flight tour.

This package designs for all age group of traveller. This tour package can do after and before Nepal trekking or any package tour in Nepal. We provide standard hotel in Kathmandu on twin-shared basis. In case if you want to change single room, then we provide and pay extra additinal charge. You will mostly staying in Kathmandu.

Kathmandu holidays is suitable for all time of year. But the best time of tour is autum, winter and spring season.This tour makes you memorable holiday because of short and adventure holiday. You have explore the cultural and history/legend heritage within 4 day in Kathmandu,Dhulikhel and Bhaktapur.

Come down to the Hotel restaurant for breakfast. Your tour guide will be introduced. The day starts with a visit to Dhulikhel, a Newari town, known for having spectacular views of the Himalayas. Afterward, depart for the medieval city of Bhaktapur, known as the "City of Devotees", named a UNESCO World Heritage Site. Walk along the maze of winding streets lined with homes and temples dating back to the 13th century. Marvel at the intricately carved deities of the richly molded Golden Gate and the Palace of Fifty-Five Windows, with its exquisite wood carvings. View the Golden Sprout, the Taleju temple complex, and Nyatapola, the five storied temple in Taumadhi Square.

Later, embark upon a spiritual journey to the UNESCO World Heritage Site of Pashupatinath. One of the most sacred Hindu shrines in the world, attracting thousands of pilgrims each year. The Temple, on the banks of the holy Bagmati River, a tributary of the Ganges, is renowned for its beautiful architecture. Home to Kathmandu's funeral ghats, a series of cremation platforms are spread along the river. You'll experience throngs of devotees, meditating and praying on the steps throughout the temple.

Next, we visit Boudhanath, the largest Stupa of its kind in the world. The unique aspect of this extraordinary Buddhist monument, is the hundreds of prayer wheels and 108 images of Buddha set into the niches around this mesmerizing structure from the 5th century. Afterward, return back to the hotel.

Join the optional Mt Everest Flightseeing and enjoy an hour of spectacular scenery over Mt Everest during an early morning flight. Begin the day with a tour of Kathmandu City, capital of Nepal. Visit Kathmandu Durbar Square an amazing cluster of ancient temples and palaces epitomizing the religious and cultural life of the people. Stop at sprawling Hanuman Dhoka, ancient palace of Nepalese Royalty and the Temple of Kumari, home to Nepal's most important living goddess. See the stone carved statue of ferocious Kal Bhairav, a colorful memorial to the Hindu God of destruction, followed by a visit to the magnificent Temple of the Goddess Taleju.

Later continue to Swayambhunath, a 2,000 year old Buddhist Stupa, celebrated as the oldest Buddhist shrine in the world, with its lofty copper spires adorned with fluttering prayer flags. This majestic ancient structure crowns the hilltop overlooking the Kathmandu Valley - the four sides painted with the compassionate eyes of Buddha. Swayambhunath is one of the most recognizable symbols in Nepal, designated a UNESCO World Heritage Site. Afterward, return to your hotel. Balance of the day is at leisure

This morning enjoy your morning at leisure. It is also possible to join the optional Half Day Patan City Tour. Known as Latipur or the "City of Beauty", Patan is a UNESCO World Heritage Site. The city is filled with Hindu temples and Buddhist monuments exhibiting skillful carvings. This afternoon, board a flight to return to home. Bid farewell to your new found friends and tour guide.

Where can I store the unnecessary items that is not required for Trekking/hiking?

This is a difficult thing to gauge. We have seen everything from USD 20 to USD 1000 per person for guides and porters. Tipping is not required, but a small gesture of thanks to your guides and local porters. The level of the tip should reflect the level of satisfaction from and personal involvement with your guide. However, we recommend you to spend minimum 10% of your total trip cost for tipping entire local staffs, the ratio of tipping guide and porter will be given to you at the pre-trip meeting in Kathmandu before starting the trek.

According to thee size of your groups, it differs. The vehicles will be small and light so that it can be handled easily and safely through the narrow roads of Nepal. It can be a car, minibus, land cruiser, van, Jeep.