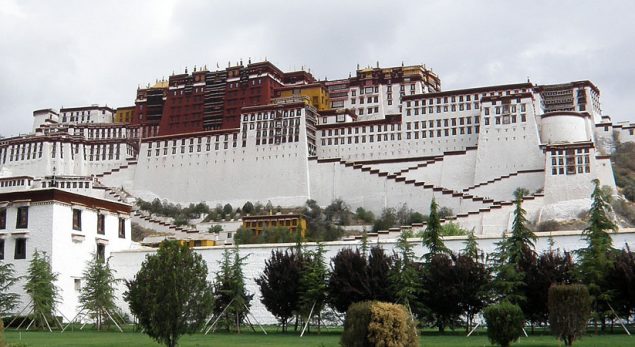 Breakfast, and guided Kathmandu tour visit the important historical and heritage sites within Kathmandu. Kathmandu Durbar Square showcases Nepalese art and architecture at its best. The architecture is typical of the Malla dynasty who ruled over Nepal from the 12th to the 18th century.The living goddess Kumari is the highlights of Kathmandu durbar square. Swayambhunath is popular among the foreigners as the Monkey Temple owing to the large monkey population residing in the area. It offers a great view of Kathmandu valley Pashupatinath Temple is situated on the banks of river Bagmati and is one of the principal temples of Lord Shiva where you can see dead body cremation and the holymen Shadus. The Bauddhanath Stupa is one of the largest stupas in South Asia which is built on the ancient trade route to Tibet. Here you can see the Tibet and the Sherpa Buddhism.

Breakfast and drive to visit Patan city of fine arts. Patan is better known as "The city of a thousand golden roofs." Once separated from the capital, Patan and Kathmandu are now separated only by a bridge over the Bagmati River. The city of Patan has recovered its label of origin "Lalitpur". The historic heart of the city is entangled with narrow streets and theatrical decoration-brick houses with carved wooden balconies and bronze decorations, patios and backyards that house oratories, temples. The city is famous throughout the country for its tradition of blacksmiths and goldsmiths. Artisans model effigies of the divinities of the Hindu and Buddhist pantheons. The city has more than 50 main temples, some of which were destroyed or damaged by the earthquake of April 2015. Many stupas, chaytyas and bahal-ancient Buddhist monasteries bear testimony to the long history of Buddhism in the city that remains today a Bastion of Newars Buddhism in the Kathmandu Valley. The four stupas erected in the four cardinal points, originally defined the city. They were erected during the reign of Emperor Ashoka some 250 years before our era.Ths sightseeing points in Patan are Patan durbur square and Museum, Golden Temple, Kumbeshwor Temple, Mahaboudha temple and Rudravarna temple.

After Patan Tour and we drive then to Bhadgaon also known as Bhaktapur-the "city of devotees". Founded in the 9th century it is the home of medieval art and architecture. Here you can visit the Durbar Square, with its array of temples, and the Palace of 55 Windows. This Palace is the best example of the Pagoda style of architecture and stands on five terraces, on each of which stands a pair of figures: two strong men, two elephants, two lions, two griffins and two goddesses. Walk around Bhanktapur that includes Bhaktapur durbar square, Nyatpole temple, Dattratraya sqaure and Pottery square and after Bhaktapur tour we drive you back to Kathmandu.

Upon arrival in Lhasa by flight, your guide/representative will receive you there and transfer to your hotel Viewing the Yarlung Tsangpo River/ Bhamaputra river, the Longest and largest river in Tibet and Lhasa river on their way to Lhasa.Take a rest and get acclimatized to high altitude You can spend the afternoon wandering around the Barkhor, Tibet’s ancient market area that surrounds Jokhang Temple. Each day thousands of Buddhist pilgrims make their way around this sacred temple. You may visit Potala Square, where you will enjoy the fountain with different colors and get amazing photos of the Potala and around.

Today you will explore 600 year old Sera monastery, one of Tibet’s largest Buddhist monasteries. Each weekday afternoon starting at 3 pm, monks engage in Buddhist philosophy debates, which are fun to photograph.You can also see three sand Mandalas and colorful Rock Painting of Buddha. After lunch, you will go to Drepung, another of Tibet’s huge monastic complexes. The pilgrimage circuit around Drepung takes about an hour or so and offers spectacular views.You can visit biggest monastery kitchen inside the monastery and enjoy Buddhist Sculpture Carving workshop near Drepung.

In the morning, drive from Lhasa to Lake Namtso, one of the four holy lakes of Tibet and also the highest saline lake in the world. On the way, you can see snow-capped Nyenchen Thanglha Mountain Ranges and lots of nomads and their tent with grazing yak and sheep densely-populated on the flourishing grassland ( in summer) . Besides, you can enjoy the view of Sky-Road Railway with snow mountain background; while standing at the famous Lagenla Mountain Pass(5190m), you can view the stunning vista of holy Namtso Lake. Then we can do leisure trek around Tashi Island and enjoy sunset of Namtso. At night, we you enjoy night view of the milky way at the lake shore. Stay overnight at Namtso Tent Guest house. Note that the accommodation at Namtso won’t be available to tourists until June, after you finish the tour at Namtso Lake, you will spend the night at Damxung. On day 5, you will head back to Lhasa, during which you will visit Yangpachen hot spring and Chimelong nunnery and enjoy the vista of a sky burial site nearby.

Enjoy the sunrise view of the Namtso Lake at the lake shore, you can trek along the lake shore to Tashi Dor Island to explore the meditation caves. Drive to Dumxung to have lunch. In the afternoon, you may enjoy Yangpachen hot spring (Optional,Price $25 not included in package) and have both indoor and outdoor swimming pool filled with hot springs water. Finally, head back to Lhasa. Stay overnight in Lhasa

The trip ends, and after breakfast, you will be transferred to the Lhasa airport to get flight back to Kathmandu.